Cancer treatment during pregnancy is discussed and scheduled in concert with specialists from related disciplines. In a multidisciplinary clinical setting, the primary focus is on optimal maternal cancer treatment and fetal well-being. In parallel and where applicable, research items are addressed. For example, children are followed on a regular basis in order to assess the effects, if any, of antenatal exposure to cancer treatment. This strategy has resulted in good clinical experience and very reliable scientific data.

Since its founding, the team has published about 100 scientific papers on cancer and pregnancy and has delivered more than 100 talks on the topic, both internationally and nationally.

KU Leuven is Belgium’s largest and oldest university. UZ Leuven is its network of research hospitals but functions as an autonomous healthcare provider. UZ Leuven is among Europe’s largest hospital systems. 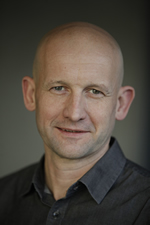 Frédéric Amant chairs the International Network on ‘Cancer, Infertility and Pregnancy’ (INCIP) of the European Society of Gynecologic Oncology (ESGO).